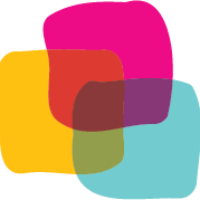 LEGO’s journey from market leader to the brink of bankruptcy and back yields valuable insights for companies seeking to revitalize mature products.

With the invention of the interlocking plastic brick, a favorite toy of generations, LEGO was a poster child for business innovation — that is, until it wasn’t.

The Danish toymaker’s trajectory from industry trailblazer to the brink of bankruptcy to sustained recovery shows there’s more to innovation than sheer luck or a wholesale focus on disruption.

“No innovation lasts forever,” said David Robertson, a senior lecturer in operations management, in a recent webinar hosted by MIT Sloan Executive Education. “Sometimes you get hyper growth for a couple of years, sometimes you get steady growth for longer. But innovations run their course.”

From its inception in the 1930s to its brush with bankruptcy in 2003 and its subsequent turnaround, LEGO tried every approach in the book to managing innovation, some resulting in spectacular success and others in great failure, said Robertson, author of “Brick by Brick: How LEGO Rewrote the Rules of Innovation and Conquered the Global Toy Industry.”

Based on years of research and what he’s seen at LEGO and other companies, Robertson advocates for an expansive approach to innovation — helping customers get more value from existing products by offering innovative complementary products, services, and business models.

“It’s how Apple turned itself around, it’s how GoPro got five years of 90% growth, it’s how Sherwin-Williams gets twice the price per gallon of paint than other paints that are functional equivalents,” explained Robertson, who also teaches an executive education course on the topic. “Marvel Comics turned itself around in the same way.”

Among the innovation lessons to be learned from those firms: Have a variety of tools in the toolbox and don’t be afraid to use them, listen deeply to your customers, and prepare for a steady diet of continuous reinvention to remain relevant, even as an iconic brand.

LEGO was a small family business that grew steadily until the management reins were handed off in the late 1970s to the grandson of the founder and newly minted MBA, Kjeld Kirk Kristiansen, who quickly unleashed a wave of innovation.

With the younger Kristiansen at the helm, LEGO branched out into the Technic brand — a more sophisticated building system to attract older children — and launched the first mini figure and fantasy action play sets, fueling 15 years of growth during which the company doubled in size every five years.

Growth slowed in the 1990s for a number of reasons, including a rise in digital play experiences from companies such as Nintendo and Sony, the rise of Toys “R” Us and other big box stores, the expiration of LEGO’s brick patents, and the relocation of production of Mattel’s and Hasbro’s products to China, lowering the cost of their competitive toys. 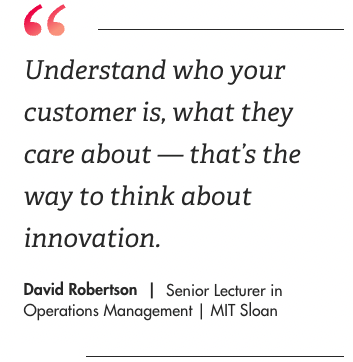 LEGO responded in 1999 by refocusing its innovation efforts on revolutionary products that would reinvent the nature of play. “They became convinced that if all they offered was another box of bricks, they would become a commodity,” Robertson said. “They believed they needed to disrupt themselves before somebody else did.”

After a series of missteps that included the rollout of electronic toys for toddlers and a digitally connected action hero, LEGO found itself nearly bankrupt in 2003. In the rush to innovate, the firm lost sight of its core — physical construction-based play. After layoffs, emergency loans, and other measures aimed at staving off bankruptcy, LEGO turned those innovation miscues into a new strategy — one that precipitated a turnaround and laid the groundwork for further growth.

Among the key lessons that companies with a mature product line can follow to innovate:

Respect what made you great.

Sometimes knowing where not to innovate is just as important as knowing where to innovate, Robertson said. LEGO learned that in a new digital landscape it was no longer enough to offer a box of plastic bricks — the brick had become a commodity. But the brick was still necessary, because that’s what customers expected of the brand.

Through trial and error and a number of failed digital-only initiatives, LEGO discovered customers wanted digital experiences that complemented core offerings, rather than replaced them.

Centering innovation around the brick-based construction experience through new stories, games, and experiences, exemplified by the fan-favorite Bionicle product line, is what drove customers back to the LEGO brand and returned the company to profitability.

“You try to understand who your customer is, what they care about — that’s the way we should think about innovation,” Robertson said. “You need to be dating your customer, not fighting your competitor.”

When the big box stores took over from its ecosystem of small toy stores, LEGO lost an important channel for getting reliable customer feedback. LEGO began to evolve product development practices to support design thinking principles, empowering experts to come up with ideas for new products based on that critical customer input.

Today, LEGO regularly engages children in the process of character development, storytelling, and providing feedback on new playset ideas. “LEGO has a great expression for why they listen to kids when developing new toys,” said Robertson.  “Mads Nipper, the former head of marketing and product development, liked to say, ‘Kids will never lie to you about whether something’s fun or not.’”

Develop a family of complementary innovations to distinguish yourself from competitors.

Innovation leaders need to lean on a range of different approaches for innovation, since tactics will vary depending on the scenario and business goals. It’s important to nurture a culture that’s able to shift gears if traditional methods don't deliver desired results.

“You need to learn how to play chords, not keys, on the innovation ‘piano,’” Robertson said. “Pursuing multiple, complementary innovations that harmonize to create something is much better than any one key alone.”

Beth Stackpole
Beth Stackpole is a veteran reporter who has covered the intersection of business and technology issues for more than 20 years.
She is a contributing writer for The MIT Management Sloan School online newsletter.